Some links on this page may lead to us receiving a small commission at no additional charge to you. Read More

You’re in the right place! We want to tell you all about where these beautiful dogs come from. It’s a fascinating story that we think you will enjoy. So, please sit back and relax as we take you on this journey through time and space.

Siberian Husky dogs are easily one of the most popular dog breeds in the world today. They are known for their striking appearance, intelligence, athleticism, and friendly personality. But did you know they originated from Siberia?

And it was a long time later. They were brought over to Alaska by fur traders who needed them to pull sledges across long distances during winter months when snow was too deep for other types of transport. Let’s take a look at how this breed came into being.

Read on to find out more about the Siberian Huskies journey & origin.

An ancient breed the Siberian lineage dates back over 4,000 years they were developed by the Chukchi people an indigenous race living in a harsh environment on the Arctic shores of northeast Siberia. Originally they were used in hunting reindeer but over the years as the climate became worse and the tribes had to travel further to find food these adaptable canines were used to haul possessions across the frozen wasteland.

The Chukchi race revered their dogs and believed that anyone who harmed them would not be admitted to heaven. They were raised in a family environment so became very good with children and because as many as 20 could be used to pull a sleigh with no squabbles they needed to be friendly and live happily with other dogs.

Once domesticated, Reindeer were used to pull the heaviest loads, while they were bred for their endurance and agility this resulted in a dog that can pull light loads farther and faster than any other breed on a very small amount of dog food in the most extreme conditions on earth. The siberian husky life expectancy does vary as they are working dogs which you can find more information on.

Hearing of these superior sled-dogs the first Siberian dogs began to arrive in Alaska at the beginning of the 20th century not as large as the Canadian Eskimo Dog and Alaskan Malamute they were initially dismissed until the first official dog sledding race in 1908. Travelling 408 miles the winner was the competitor using Huskies who completed the race in 119 hours proving without doubt they were the fastest and most reliable sled dog.

The Siberian Huskies defining moment came in 1925 when an outbreak of diphtheria in Nome, Alaska killed 2 Eskimo children and it was feared could wipe out the whole town. The nearest serum to combat the disease was over 600 miles away a journey that in the middle of winter with 80mph winds, freezing blizzards and temperatures of -62 degrees was virtually impossible.

Sibes came to the rescue 20 mushers and over 100 dogs undertook the trip in a relay. Led by Norwegian born Leonhard Seppala a breeder of Siberian dogs and champion musher of the time. Seppala drove a large part of the relay himself with his lead dog Togo who ran over 5,000 miles in his career, although it was the final team led by Gunnar Kassan and his dog Balto that really captured the heart of the public.

After becoming lost on the ice Balto saved the team from certain death by picking up the trail in a severe blizzard and bringing the valuable medicine home to Nome. A statue of Balto still stands today in New York’s Central Park. An annual race the Iditarod began in 1973 and continues today along the same route. It is Alaska’s most famous sporting event with around 50 mushers and up to a 1000 dogs taking part.

Also used during the second world war, hauling goods in harsh conditions over rough terrain and for search and rescue. Chips a Siberian cross was the first Military working dog to be shipped overseas becoming the most decorated war dog receiving the Silver Star and Purple Heart. His memory lives on today in a book and film portraying his story.

In 1946 Richard E Byrd, a Navy Rear Admiral took 50 Huskies on an expedition to the Antarctic named operation High-Jump. The Siberian breed’s popularity grew and during the 1950s they were split into 2 lines, working and show. These days most Siberian dogs are from the show lines, however, Nordic stock originating from the descendants of Leonhard Seppala’s dogs still retain the qualities of those original racing dogs.

In the 1990s a lady called Bree Normandin began selectively breeding the smallest standard-sized Huskies and developed a miniature Siberian Husky dog breed, mainly found in the USA these smaller versions are more manageable but still retain the personality and stunning looks of bigger Sibes. Today they are one of the most popular dog breeds with many celebrity owners including Ben Stiller, Miley Cyrus, Tayler Lautner and Rita Ora who has a pure white Sibe called Bowie.

One of the most unique and striking features of this breed is the siberian husky colours and its origin story. It’s an ancient tale that has been passed down through generations, which goes like this:

The Chukchi people lived in Siberia and hunted for food by running after reindeer across snow-covered plains.

When they would catch up with a reindeer, they would grab it firmly by its hindquarters and hold on tight until the animal became exhausted from trying to get away.

This technique was called “moksha” or “musheryka” in Russian, meaning “to pull at something behind you while moving forward quickly.”

Blogger and owner of George and Henry. Two gorgeous goldens that couldn’t be more different. One is a dream loving and caring, and his sibling is as naughty as can be. When I am not blogging about dogs, I love watching sport and travelling with the family. 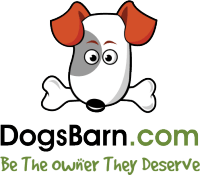